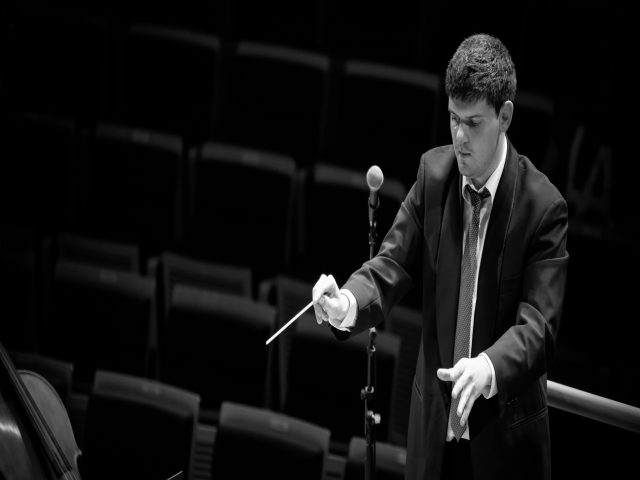 The GUS Band are delighted to announce Christopher Bond as their Resident Conductor and Musical Director.

Christopher will be fulfilling his new role at GUS alongside his Musical Directorship at the City of Cardiff (Melingriffith) Band as well as his continued work as an established composer, arranger, educator, and musical director for professional theatre companies.

Speaking of his appointment, Christopher said “I am very much looking forward to working with GUS; a band that is steeped in history and full of the potential and determination to achieve brilliant things.”

GUS Chairperson, David Elliott-Smith commented on the news: “Christopher brings with him a wealth of experience, not only as a conductor, but also as an adjudicator and a highly talented, creative composer; we are excited to start working with him in this milestone year for the band”

Christopher will be commencing his role in January 2023, the start of a special year of 90th birthday celebrations for the Northampton-based band, which they will kick-start by competing in the Midlands Regional Championships in February.