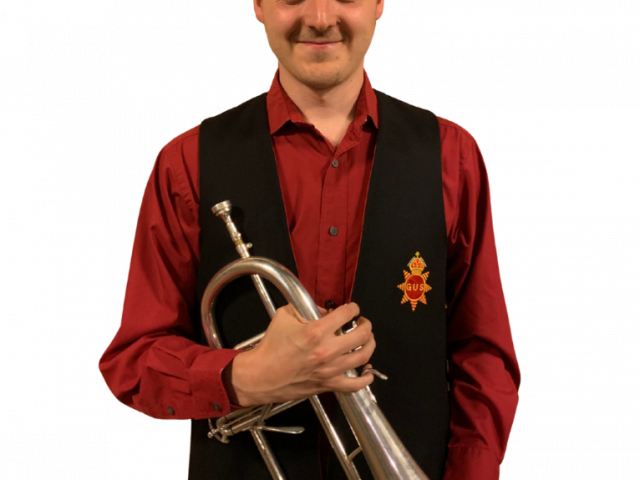 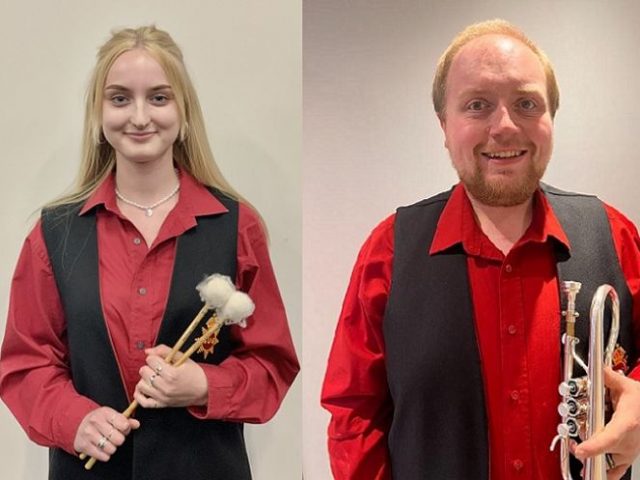 The GUS Band are delighted to welcome two new players into its ranks. The percussion section is joined by the young but already vastly experienced Evie Elliott.  Having begun playing at the age of ten and purchasing her first drum kit in the first week of picking up her sticks, Evie began her musical experience in orchestras.  Coming from a musical family, (her grandfather having played cornet in the Carlton Main Frickley Colliery Band) she progressed through the Northamptonshire Music Service, (NMPAT) and was introduced to brass bands through her teacher at that time, John Bickerdike.  Evie continues to do orchestral work and is now mentored by top drummer Craig Blundel but she still finds time to enjoy her other favourite hobby, baking.

Meanwhile, the GUS Band cornet section greets Sam McCoy, a highly talented player and another person to come through the ranks of the Northamptonshire Music Service.  A Salvationist, Sam attends the famous Kettering Citadel Corps and joins the band after a long spell playing for the Kibworth Band.  Although a fine cornet player, he harbours a wish to play the Mongolian Nose Flute.  The band may well be looking for a nose flute concerto accompanied by brass band for our next concert; watch this space! 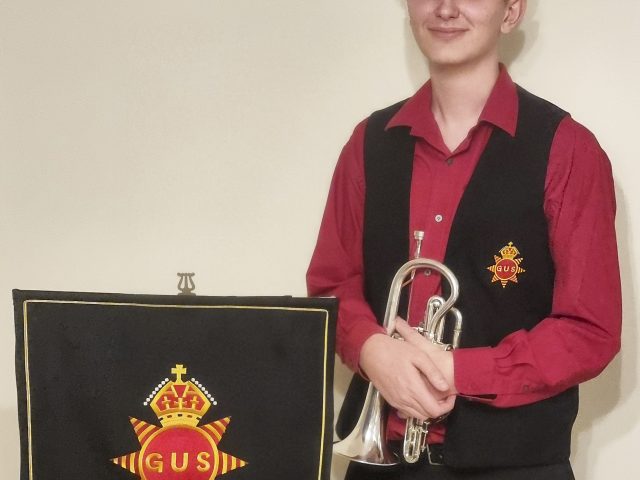 The GUS Band are delighted to announce that Jake Humphrey has joined the band on assistant principal cornet.

Jake is no stranger to the band; from an early age he has regularly attended GUS concerts and in more recent years has deputised on both flugel horn and cornet.

Speaking of the appointment, Artistic Director Chris Jeans said “Jake is a fine young player and a brilliant addition to the GUS cornet section, it’s been a pleasure to see him develop as a musician and I’m looking forward to working with him”.

At just 16-years old, Jake becomes one of the youngest members of the GUS Band, but plays with maturity well beyond his years, having had experience at the senior level with the Harborough Band and most recently, the Jaguar Land Rover band.

Jake’s first performance with GUS will be alongside the Northamptonshire County Brass Bands on Saturday 26th March at the Spinney Theatre,  Northampton where he will be performing Peter Graham’s “Quicksilver” duet with James Screaton.

You can find out more about Jake in his bio here.