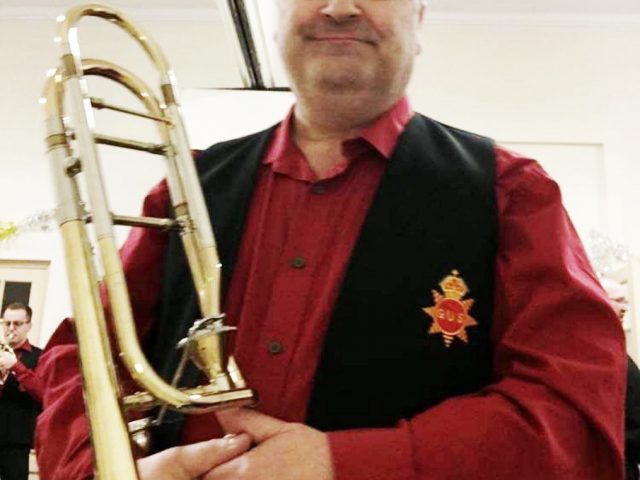 We are delighted to announce that we have welcomed Matthew Brown to The GUS Band on Solo Trombone.

Matt joins the band after most recently being a member of the Carlton Main Frickley Colliery Band, as well as successes conducting the Milnrow band and his appointment as a member of the Association of Brass Band Adjudicators.

You can learn more about Matt on our “Meet the Band” page.

Matt told us “I’m excited to be joining one the country’s most prestigious bands who I have long admired, I’m looking forward to making my debut with the band at the Midlands Regional Championships next month”.

Matt takes over the solo trombone seat from Alan Gifford, who joined the band in 2019 and has made the decision to focus on his conducting, with a new position as MD at Blidworth Welfare Band.

Speaking of his time with GUS, Alan said “I have loved my time at GUS on Solo Trombone, particularly playing under trombone legend Chris Jeans, with the highlight being winning the Midland Area in 2020! It was great to end on a high with a 3rd place at Butlins and I wish the band all the very best!”

We would also like to take this opportunity to announce the departure of 3rd cornet player, Terri Yates, who is leaving the band due to work commitments, and we would like to offer our sincerest thanks to both Alan and Terri for their exceptional performances and dedication during their time with the band. 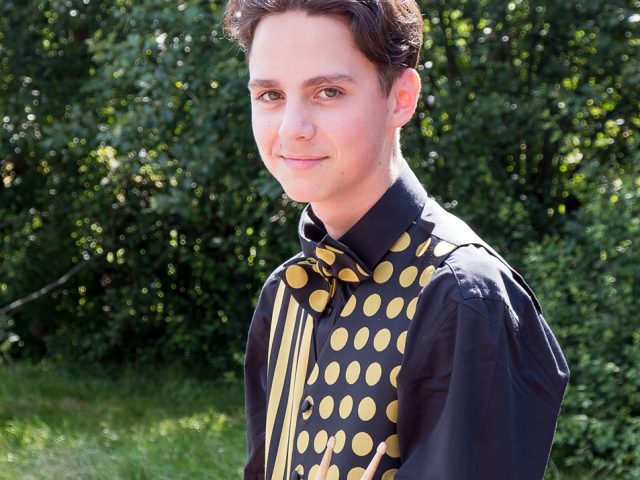 We are pleased to announce that the incredibly talented, Owen Yarrow, has joined the GUS band.

Owen is no stranger to the world of brass bands, with both of his parents having played in brass bands for most of their lives, there was little chance that Owen wouldn’t be joining the movement.

Owen started playing the tenor horn in 2013 for the Tilbury Youth Band, where under the guidance of Charlotte Treadaway he was introduced to the concept of hitting rather than blowing an instrument. A few years later Owen moved onto cornet at the Aveley and Newham band, but continued to play percussion to a high standard, and joined the National Children’s Brass Band of Great Britain in 2018, having passed both cornet and percussion auditions.

In 2019, and after a relocation to the Midlands, Owen’s increasingly dominant percussive tendencies led him to switch to percussion and in 2020 he passed his audition for the National Youth Brass Band of Great Britain and has recently completed his first course.

Since moving to the Midlands, Owen has also joined Youth Brass 2000 under the baton of Chris Jeans who subsequently introduced him to GUS. Chris commented “The relationship between the GUS Band and YB2K is stronger than ever, at only 15 years old, Owen has become the youngest member of the band, but plays to a standard well beyond his years on both tuned percussion and kit.”

Owen’s first competition with the band will be none other than the National Brass Band Championships at the Royal Albert Hall next month, not a bad one to start off with!