With The GUS Band’s 90th anniversary coming up in 2023, the band have been busy planning their diary for next year to celebrate and mark this momentous occasion.

When looking at where an organisation might be in 90 years, it is difficult not to take into consideration what our world will look like from an environmental perspective, with the ever-increasing challenges we see around the globe.

“In order to sustain as an organisation, we need to consider our environmental impact and what measures we can take to play a small part in global sustainability.”

With this in mind, and with the increasing need for change, The GUS Band will be using their 90th anniversary celebrations to raise awareness about the environment and the small things we can all do, to make a positive impact on Our Planet.

Off to a strong start, the band already have several initiatives in place to reduce their carbon footprint, including holding all meetings online to reduce travel to their Northampton-based rehearsal space. Travel footprint to concerts and contests are also reduced by their members car-sharing, and where possible arranging coach transportation. 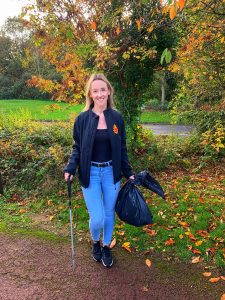 The band have big plans for 2023 for their environmental campaign in three main areas. Firstly, looking at what further changes they can make to reduce their own carbon footprint. Secondly, partnering with organisations to help and support the environment. The band have already begun collaborations with the Northants Litter Wombles, who are a fantastic community action group, with a vision of a litter free Northamptonshire. And lastly, the band plan to use their platform to raise awareness about the environment.

Even though a little earlier than their 90th anniversary, The GUS Band are taking the opportunity to kickstart their environmental campaign by spreading the word to an audience of thousands at the upcoming Brass in Concert entertainment festival, where they will feature several works focussing on the earth’s natural beauty and what we can do to protect it.