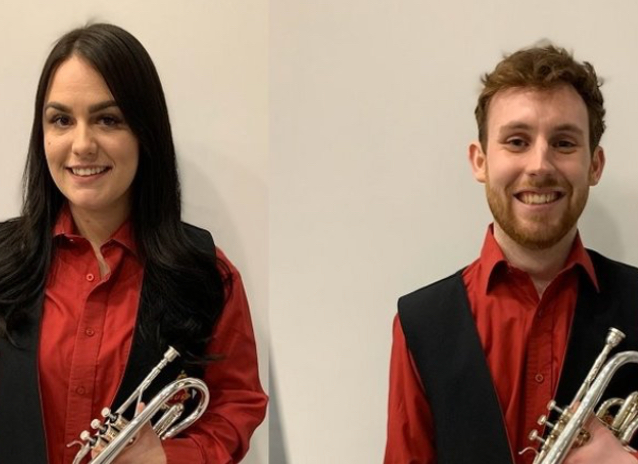 From time to time all leading brass bands have to refresh their player pool, and GUS have hit the jackpot with the two most recent additions to the cornet section.

The GUS Band has been boosted by the news of two new cornet signings ahead of its Midlands Regional Championship challenge in Bedworth on the weekend.

Terri Yates and Matthew Brown join the ranks as the band looks to reclaim a title they relinquished for the first time since 2014 last year.

Terri joins after a successful period as the principal cornet of Midlands based Amington, whilst Matthew returns to banding after taking a break while completing a degree in radiography.

“A solid back row cornet section is integral to the band’s development and future success. Securing talented individuals in these positions is a great boost ahead of a busy few months of contesting.”

The band has taken the opportunity to thank former cornet player, Becky Storey for her time with them as she has now taken a break due to work commitments.