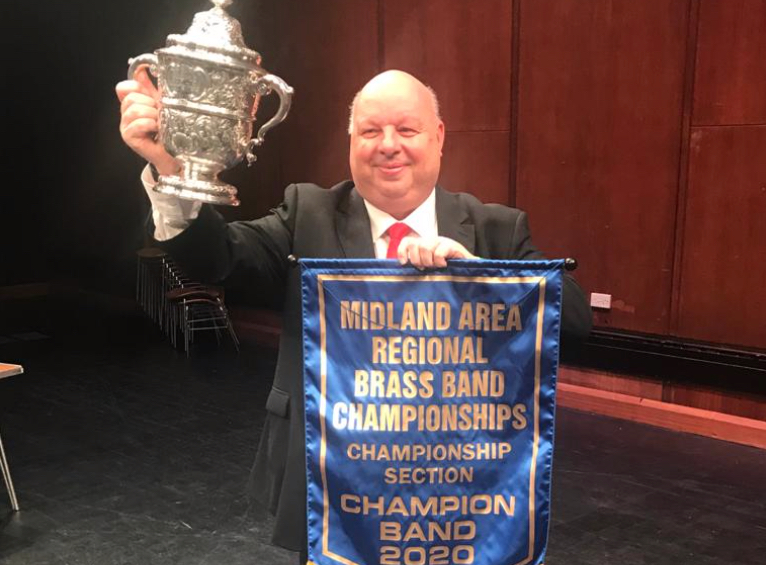 The Best of Brass

The GUS band are delighted to announce that, after a hard-fought tussle with regular rivals Desford and Ratby, they were crowned the Midlands Area Champions for 2020!

The band, under Artistic Director Chris Jeans, worked extremely hard on the challenging test piece, “A Tale as Yet Untold”, by Philip Sparke, and were really proud of their performance, especially from a Number one draw. The soloists, in particular, were outstanding.

Adjudicators Alan Morrison and Steve Sykes were also very complimentary about the band’s performance, with Alan commenting ‘Super playing all round and fabulous team of soloists that made music with a superb reading from the MD. Bravo!’

A huge thanks to all players and their families, Artistic Director, Chris Jeans, Associate Music Consultant, Mike Sheppard for their hard work and commitment as we prepared for the competition.

We would also like to congratulate Desford Colliery Band, who will be joining us at the Albert Hall in October after putting on a sterling performance themselves.

This title was the band’s 27th area win and also makes it 8 wins out of the last 11 appearances at the contest.

The Band will go ahead to the Royal Albert hall to represent the area at the National Brass Band Championships of Great Britain which this year is celebrating the 75th anniversary of the area contests which first started in 1945.